For Immediate Release – Free-to-Play strategy game Art of War: Red Tides is now featured on Apple’s App Store. The title was given the distinction of a World Premiere, a title previously only granted to Monument Valley.  Apple gave Art of War a positive review, calling it “a perfect fit for the budding mobile eSports scene”. You can view that review on iOS 11 devices here. Hero Entertainment is very excited to show their hard work to Apple gamers and to show players the competitive possibilities of mobile gaming.

Art of War: Red Tides put you in the boots of a commander in charge of a small army. On its linear map, players send wave after wave of troops to attack their enemy’s turrets and base. As commander, you must prepare for the troops your enemy brings to the battlefield. Each unit has its own pros and cons, so you have to respond with differing troop formations if you want to survive. 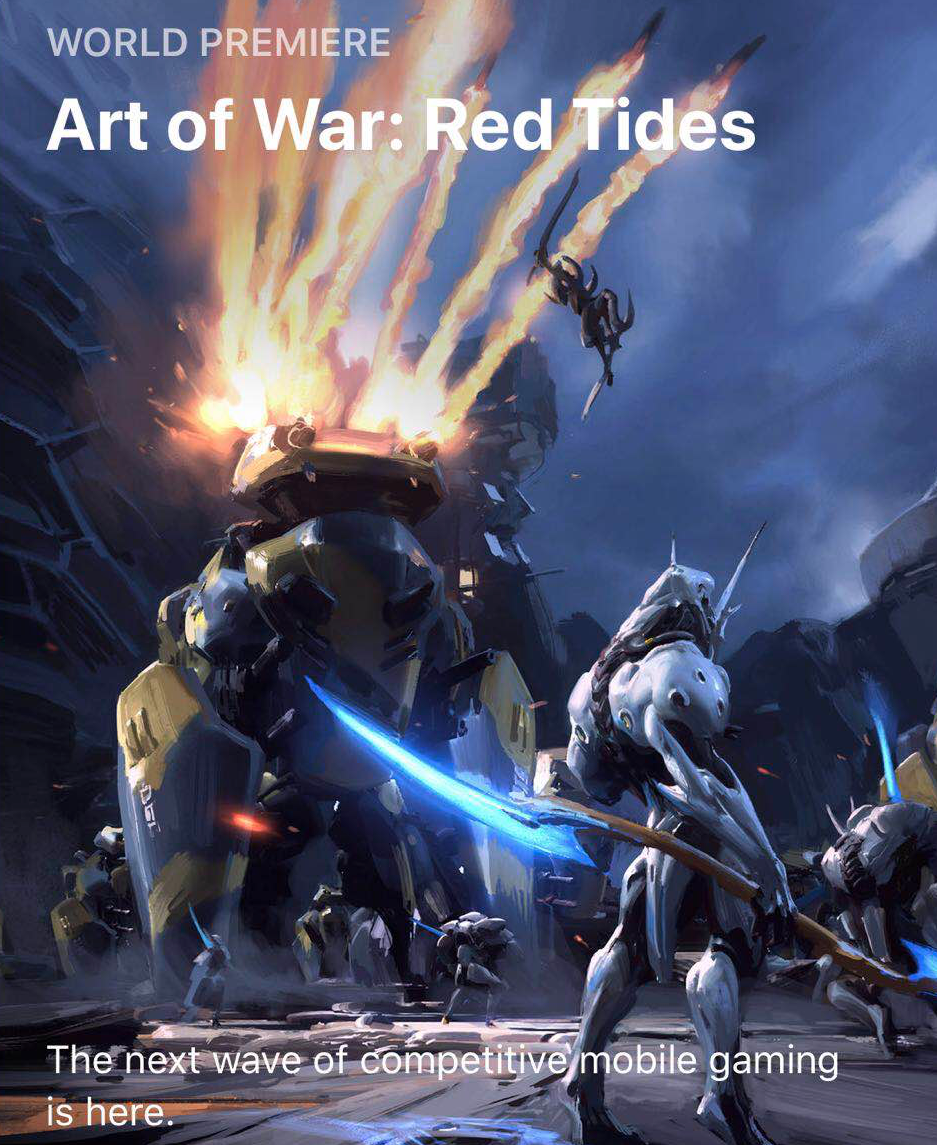 Before heading to the battlefield build your army of choice from hundreds of units. Then head into 1V1 or 3V3 casual or ranked multiplayer to test your tactical mettle against friends and foes.

Use your best strategies to overcome the opponent is RTS style wave-based combat. Manage your resource income against your troop expenditure, decide on whether to spend resources on an expensive powerful unit early or conquer in numbers with cheaper units.

Battles are intense, challenging affairs with the core mechanics testing your defensive and offensive skills on a constant basis. Plan and execute your strategy boosted by commander skills to rain down terror on your enemy but be prepared for them to do the same and you must counter your enemies tactics and units.

About Art of War: Red Tides
Art of War: Red Tides is a fair multiplayer strategy game that will allow different teams to battle against each other on multiple platforms (e.g. smartphones, PC, etc.) in the near future. All players from around the world can play the game on the same server.